By : A.M Oktarina Counsellors at Law

Based on Law No. 40 of 2007 concerning Limited Liability Companies (“Law No. 40/2007“), takeover or acquisition (“Acquisition“) is a legal action taken by a legal entity or individual to acquire shares in a Company’s which results with the transfer of control over the Company.[1] Acquisition is one of the actions or legal actions within the corporation that one of the objectives to improve the condition of the company and is expected to strengthen the financial condition of the company. Acquisition can be made between Limited Liability Companies or by a company that has offered its shares to the public through the Indonesia Stock Exchange (IDX or known as a Publicly Traded Companies.

Related to the Publicly Traded Companies, there are several things that need to be considered especially related to the mechanism in the implementation of the Acquisition in a Publicly Traded Companies. On that, we will identify further below by referring to Law No.40/2007, Law No.8 of 1995 on Capital Market (“Law No.8/1995”), Regulation of The Financial Service Authority No.9/POJK.04/2018 on The Actquisition of Capital Market Legal Counsultants Number: Kep.02/HKHPM/VII/2018 concerning Professional Standards of Capital Market Legal Consultants (“HKHPM Decree 2018”).

After the Acquisition occurs, the new controller must comply with the following Provisions:[4]

the text of announcement on the information disclosure of Mandatory Tender

Offering and other supporting documents.[6] 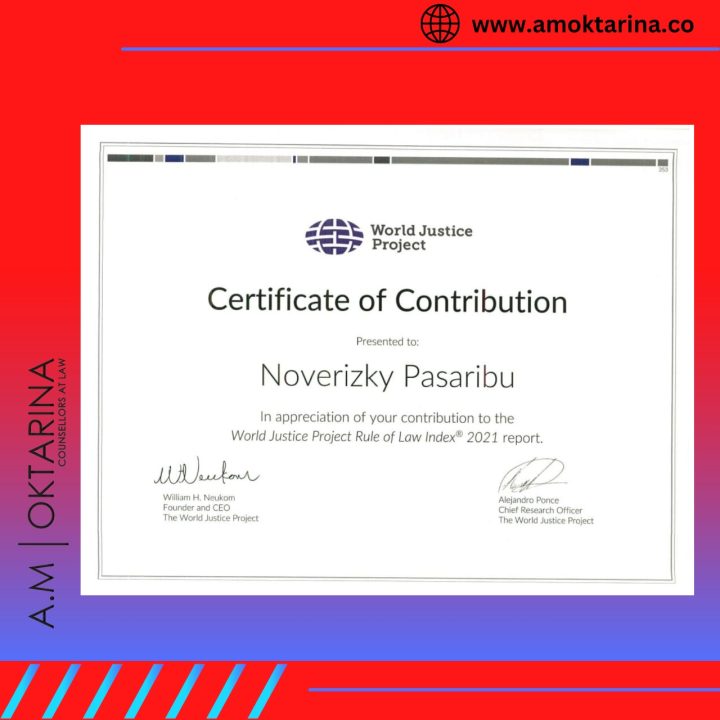 Mr Noverizky Tri Putra Pasaribu, Sh Ll.m (Adv). As a Founding Partner Am Oktarina Counselors at Law, Was Selected Into the Range of Figures From Indonesia Who Contributed in the 2021 World Justice Project Report Legal Analysis of Law No. 27 of 2022 Concerning Personal Data Protection, and the Urgency of Its Implementation in Society